A UNIQUE CHURCH IN THE WORLD
For hundreds of years, the legend of a shipwreck occurred around the mid-1600s has been handed down: a sailing ship with a Neapolitan crew was surprised by a violent storm.

The sailors gathered in the Captain's cabin where the painting of the Madonna di Piedigrotta was kept and all together they began to pray by vowing to the Virgin who, in case of salvation, would erect a chapel and dedicate it to the Madonna.

The ship sank and the sailors swam to the shore. Together with them, the picture of the Madonna di Piedigrotta and the ship's bell dated 1632 also rested on the shore.

Determined to keep their promise, they dug a small chapel out of the rock and placed the sacred image on it. There were other storms and the painting, carried away by the fury of the waves that penetrated into the cave, was always found in the place where the sailing ship had crashed against the rocks.

There are no documents that can prove this story, but the cult of the image is ancient and deeply felt by the population and it would not be improbable that the painting is really the result of a shipwreck.

Around 1880, a local artist, Angelo Barone, who had a small stationery shop in the center of the town, decided to dedicate his life to that place; every day he reached the place on foot and with a pickaxe he enlarged the cave, created two more sides and filled the rooms with statues representing the life of Jesus and the Saints. Angelo died on 19 May 1917, his son Alfonso took over and dedicated 40 years of his life to the Church. By his hand, it took on its definitive aspect. He sculpted other groups of statues, capitals with angels, bas-reliefs with sacred scenes, frescoes on the vault of the central nave and on that of the high altar. At his death there were no continuers. 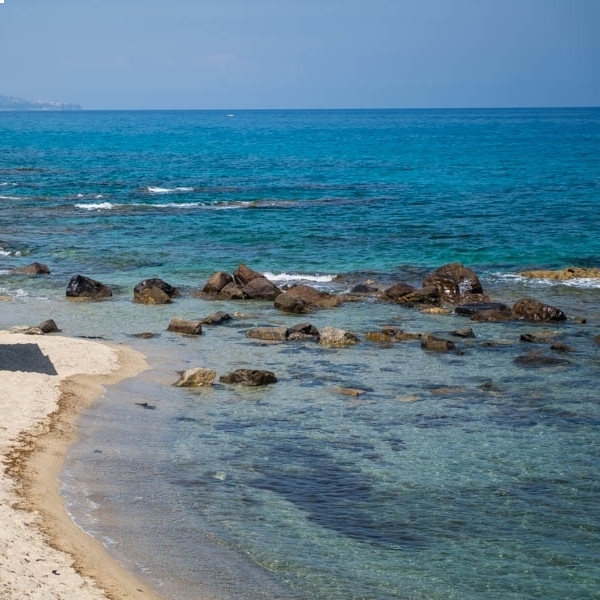 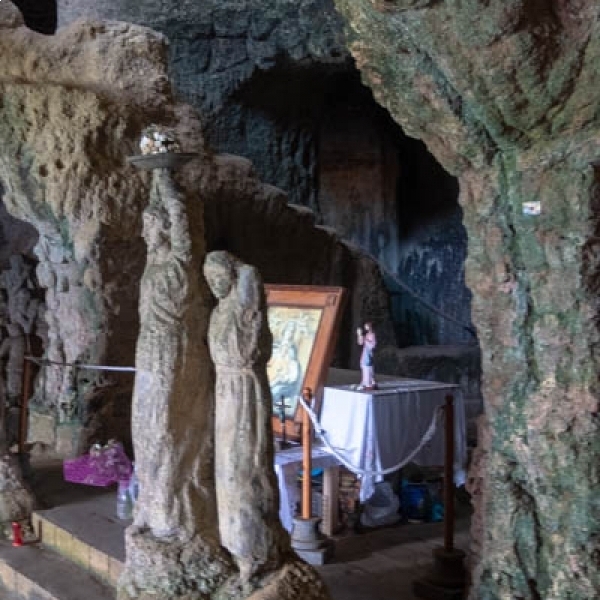 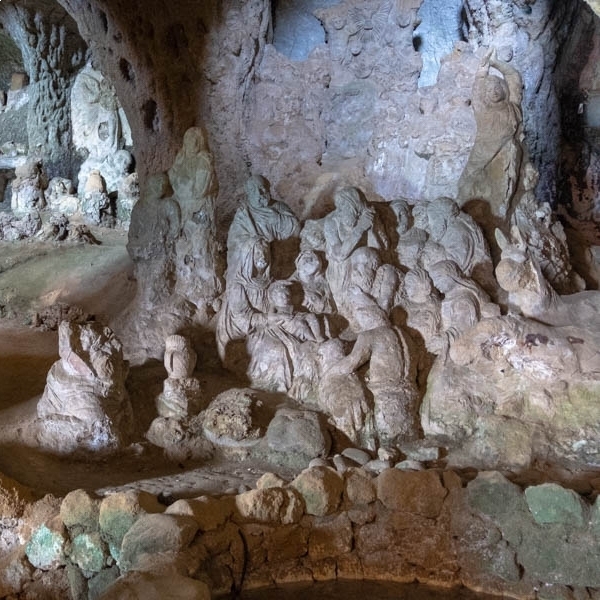 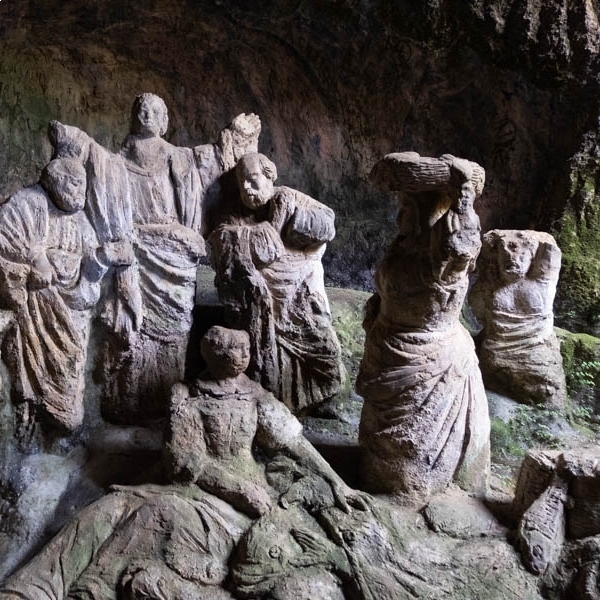 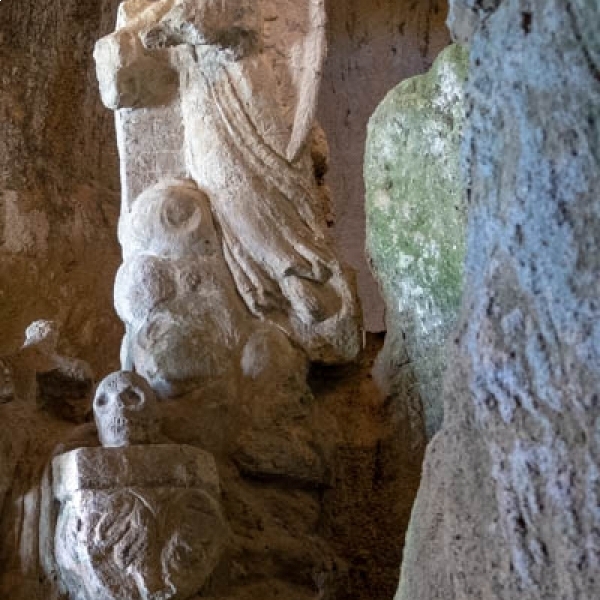 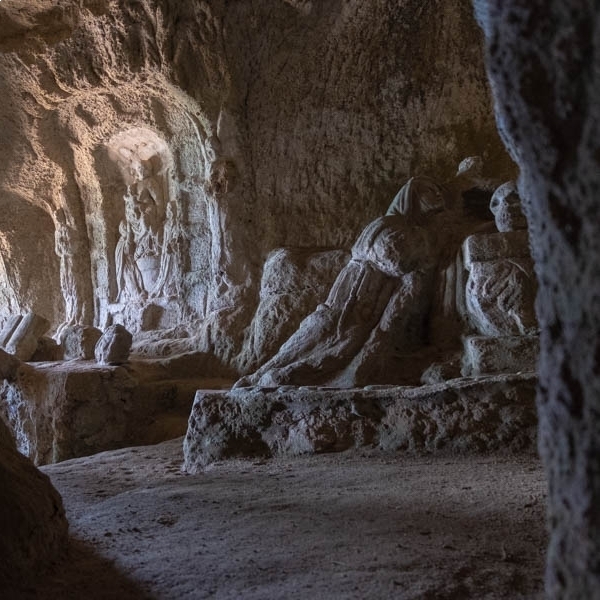 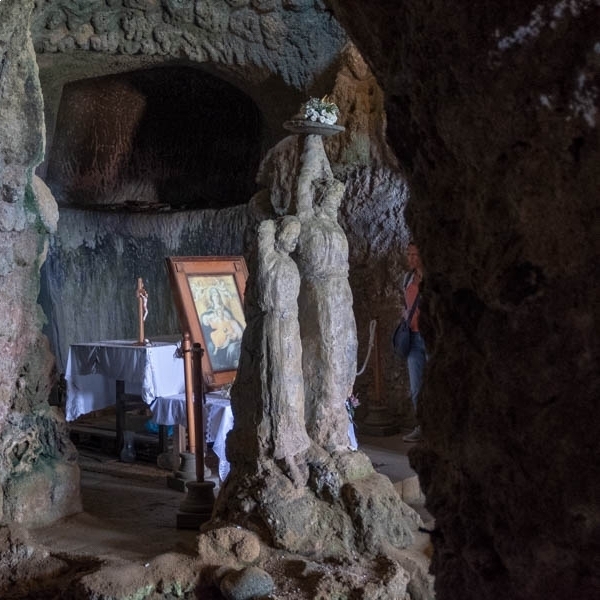 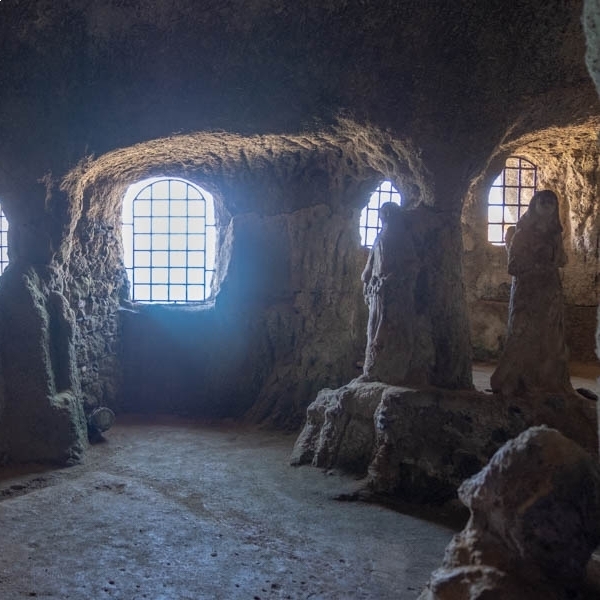 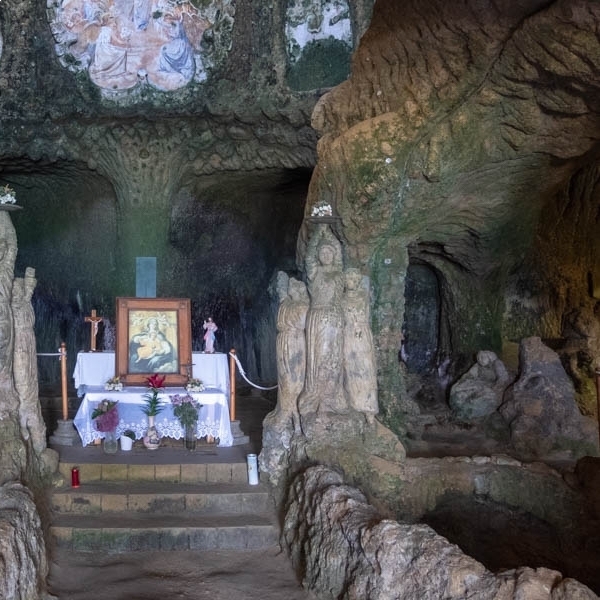 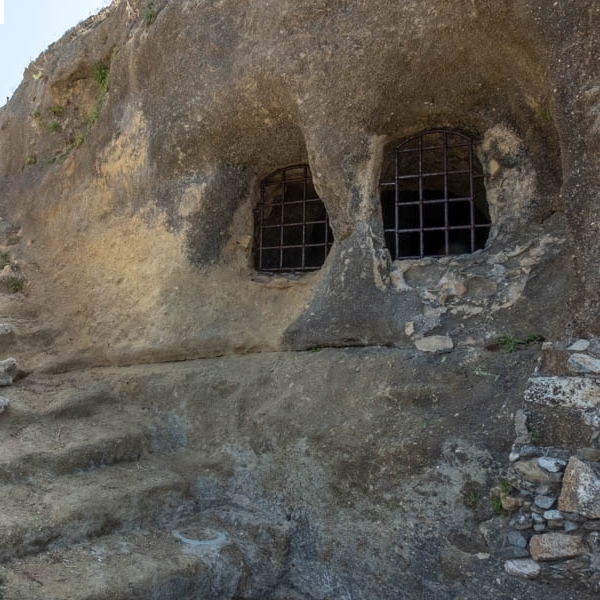 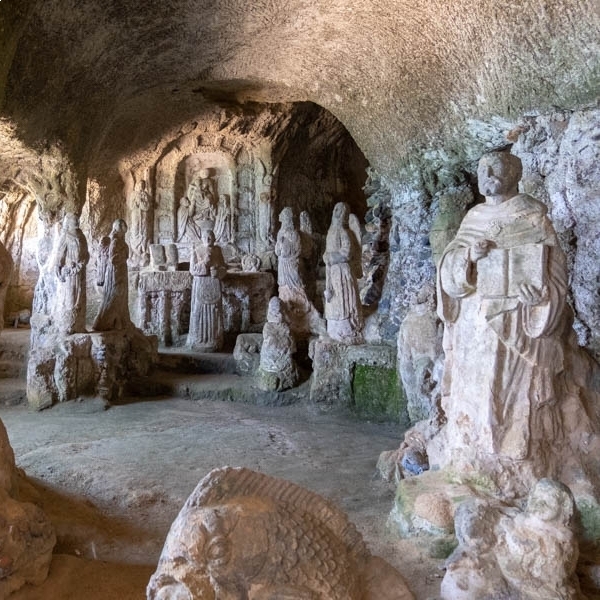 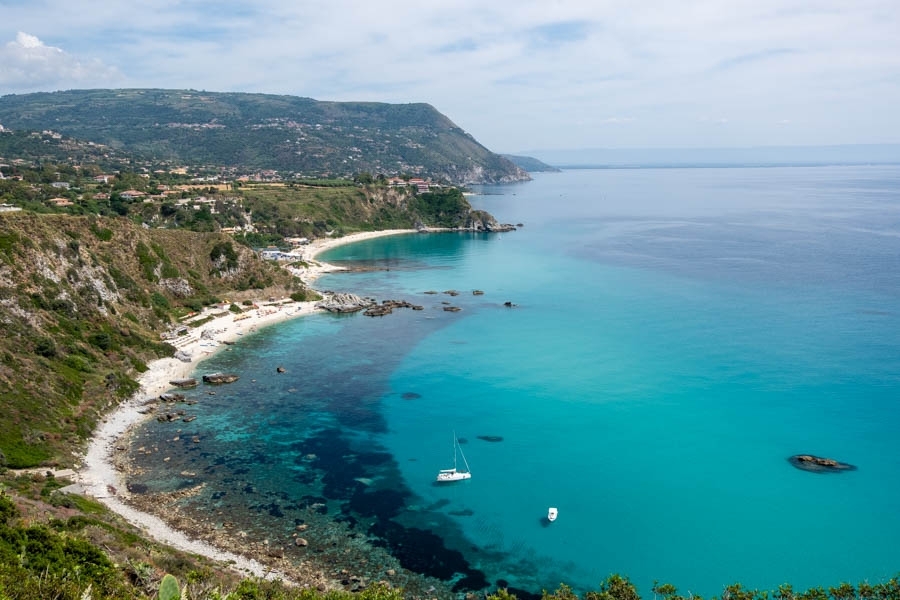